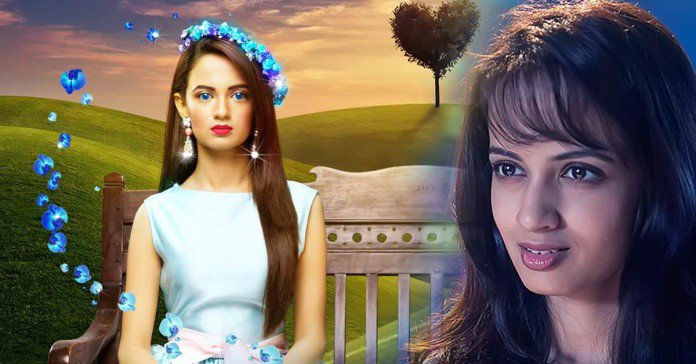 Ketaki Mategaonkar became a sensation in Marathi cinema with her cute girl looks in Timepass and Kaksparsh. However, the teen star has decided to change her image of a girl next door with Phuntroo. This is a Sci-fi film directed by Sujay Dahake and Ketaki plays double role of a college student and a robot.

We caught up with Ketaki at the press meet of the film and asked about this film.

Yes. The film is in the science fiction genre, the first of its kind in Marathi cinema.  I am playing the lead role of a robot girl called ‘Phuntroo’ created by a failed engineer played by Madan Deodhar as well as his love interest co-student. The film has spectacular visual effects and brilliant cinematography. The film has done remarkable job in all the technical departments.

So, role of a robot girl, that sounds exciting. How did you research for this role?

I did many workshops with Sujay Sir. These workshops helped me tremendously but major research was done by watching lot of Hollywood films and TV shows in the similar genre to get an idea about what the character is all about and how I can portray this difficult role more convincingly.

How was the experience of working in the film?

It was an amazing experience. Sujay sir is always ready to push the envelope a little further and hopefully I have achieved what he had envisaged for my character. The actual shoot was a bit difficult and different for me, because of the special effects, we had to shoot and reshoot again and again with different angles and though it was hard work, the grand look of the film is a great boost for me.

How was it working with Madan?

Mandar is an old friend and we get along really well and it was fun to work with him. The rest o the cast was fairly new but we had a nice time on the sets.

Have you sung for the film?

Yes. I am always happy to sing because that is my real passion.  I am a trained singer and to get songs composed by Hrishikesh Datar,Jasraj Joshi, and Saurav Bhalerao was really a good experience for me.

What are your expectations from the film?

That the film is produced by a big banner like Eros International and producer Krishka Lulla has put in a lot of efforts to make this as a grand visual spectacle. I am hoping audience gives us a positive feedback, because though Sci-fi has always been very successful genre, we have not many Marathi films in this genre.