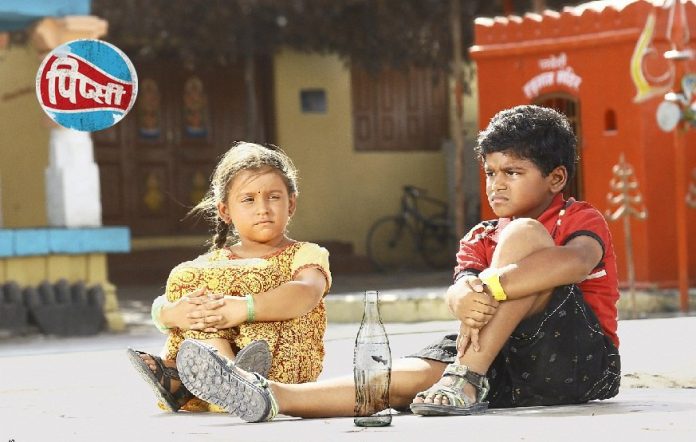 Landmarc Films, which has highly acclaimed Marathi films such as Vazandar, State award-winning Redu, National award-winning Ringan, Gachchi amongst others under its belt, is all set to release their next ‘Pipsi’ on 27th July 2018. The film’s poster was recently launched across all social networking sites. One sees the two protagonists, a young girl and a young boy on the poster which makes it very endearing for all, especially children.

Produced and presented by Vidhi Kasliwal’s Landmarc Films, Pipsi is has a rural backdrop and the poster depicts that it is about the unwavering friendship of two little kids, which triumphs against all odds.

Pipsi is going to hit the screens all over Maharashtra on the 27th of July. The film stars two kid marvels Maithili Patwardhan and Sahil Joshi in the lead. The audiences have already got a taste of their chemistry in the teaser released recently. Maithili Patwardhan went on to win Best child actor at the recently concluded 55th Maharashtra State Awards. Written by Saurabh Bhave and Directed by Rohan Deshpande, Pipsi is a must watch for one and all, especially since it gives an innocent, child-like point of view to a number of realities that surround us today. Pipsi – a bottle full of hope, with its heart in the right place and a fresh and unique premise, will fill your life with hope very soon!