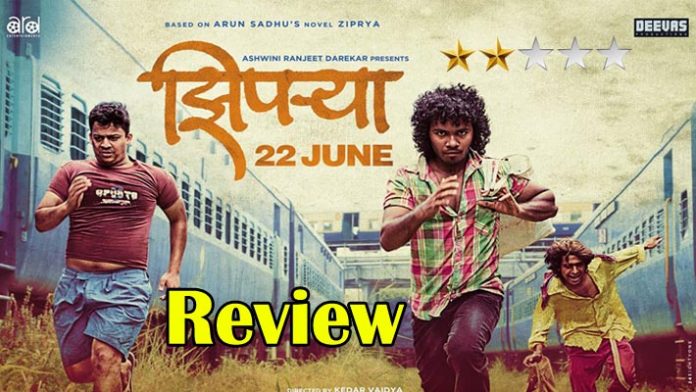 IT HAS A SOUL BUT NOT A BODY :

Based on Arun Sadhu’s Novel, Set in Mumbai Ziprya is story of a shoe polish boy Kisna (Chinmay Kambli) aka Ziparya who turns the leader of the group of shoe polish boys (Pratamesh Parab– Aslam, Saksham Kulkarni- Narya, Aman Attar- Pombya, Hansraj Jagtap– Ganju, Devansh Deshmukh- Damya) after the accidental death of their former leader Pinglya (Nachiket Purnpatre). Later some realistic incidents spoils their income and they come to realise the importance of Education to survive the long life and how Ziparya finds a success is a thing to watch on screen here. 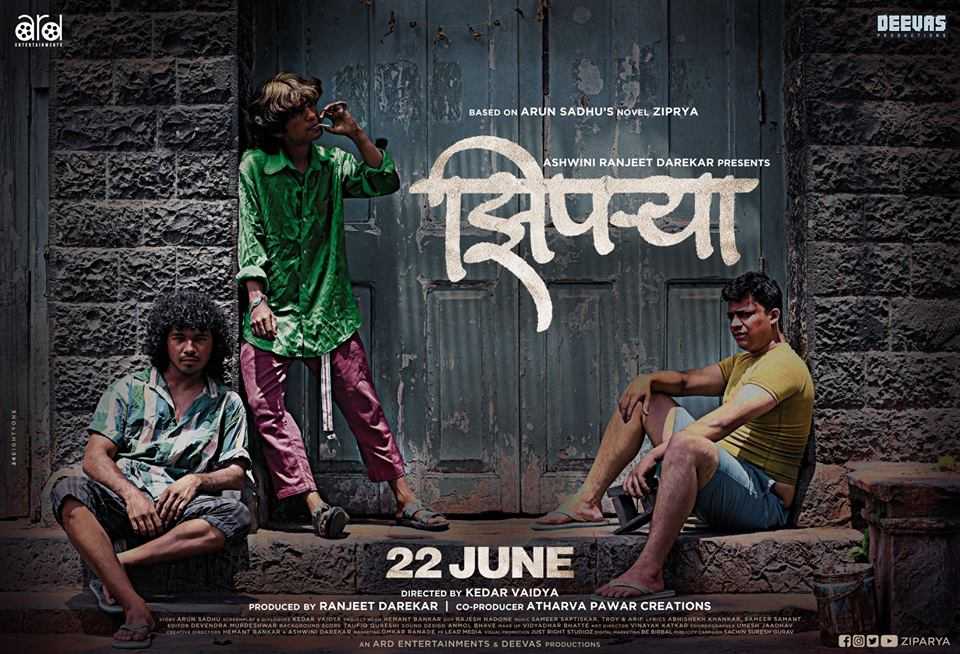 Acting wise Chinmay Kambli has shined in a title role of Ziprya who has got a great support from mature actress like Amruta Subhash who plays his Sister Leela. Prathamesh has got a filmy character here who loves watching films and mouths filmy dialogues regularly and pleasantly makes you laugh at sevaral moments. Role of Narya needed someone who looks healthy and Saksham Kulkarni fits perfectly in there. Pravin Tarde has a small but very effective character of Pakya Bhai. Other cast is okay and has limited space in the film.

As far as the technical aspects are concerned Ziparya is Rich in that field but unfortunately poor in Execution. Cinematography of Rajesh Nadone is very good and top class in some thrilling moments. Make up man Vidyadhar Bhatte has succeeded to make everyone to look like what they actually portray in the film. I must not forget to mention situational music of Samit, Troy and Aarif which has been brilliantly supported by Taufiq Qureshi’s Background Music. Dialogues are decent and brutal, some deserves to be trimmed by Censore. 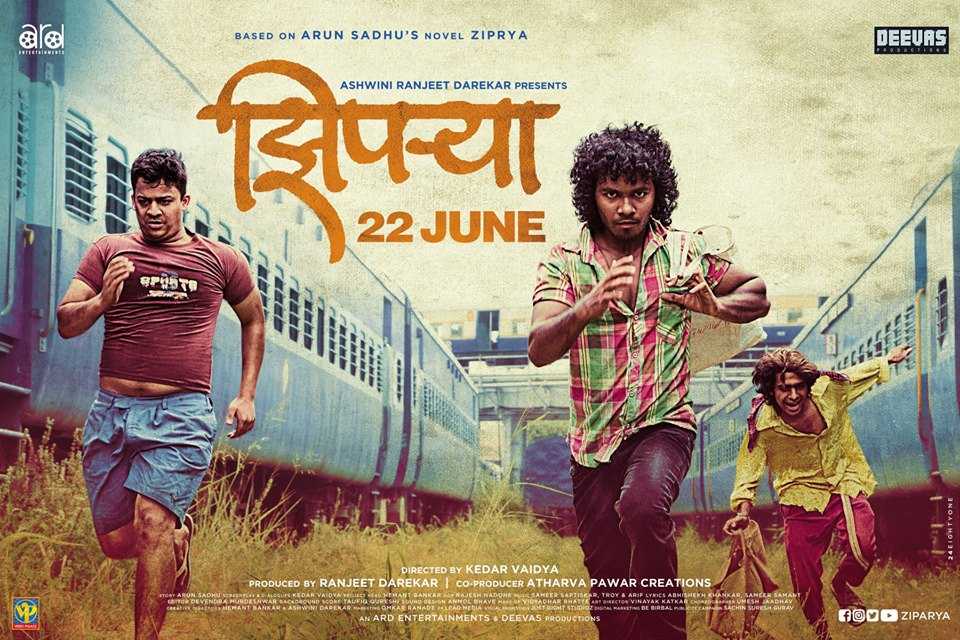 If one person should be blamed here then it has to be the director of the film Kedar Vaidya. Ziprya is based in a popular novel so obviously is was a big responsibility for whoever is opted for this project and if the one is a daily soap director then ofcourse mistakes are meant to be happened. I personally feel that Kedar Vaidya should have directed the film as a film not a serial. Those boring loo breaks, that intentional background score, stretching screenplay for something interesting and then finishing that interest in quick session all these things are so typical daily soap stuffs.

Overall, Ziparya is an ambitious script and had a potential to turn into a good film but doesn’t achive high points despite being a well presented film due to Covered up Climax and so many unnecessary inputs. One can enjoy this flick at some level but at the end there is nothing to take home in this Average film. Like i said before, Ziprya has a soul but lacks a body and you know what i mean.