Zee Yuva not only surpassed regional channels but also defeated the industry honchos to win the coveted gold. This was only possible due to clear defined strategy of giving importance to digital medium as much as traditional mediums during channel launch. The pre-launch buzz was created by ‘#YuvaMhanje campaign’ which became talk of the state by engaging 8 Lakh+ audiences and boasting 7000+ entries. Release of shows title tracks on social media created interest amongst the audiences to watch the show. Bun Maska, Love Lagna Locha and Freshers title tracks got 2.5L,2L, and 3L views respectively in a matter of just 2 days.

On the day of launch, i.e. 22nd Aug’16 various digital platforms were targeted which were identified as having the highest number of Marathi Youth audiences. #ZeeYuvaOnAir became No. 1 trending hashtag not only in Maharashtra but in India. The campaign received excellent response on social media platforms like Twitter, Instagram and Facebook; with Twitter itself registering a total of 22 million impressions.

The Awards hosted by ‘Social Samosa’ featured 100+ Nominations in 25+ Categories and were evaluated based on Engagement of the brand on Social media, Jury evaluation and online voting. Carlton D’Silva–CEO & CCO, Hungama Digital Service, Roshan Abbas – Managing Director at Geometry Global Encompass Network and Ashish Bhasin – Jury Chair & Chairman and CEO, South Asia, Dentsu Aegis Network were some of the renowned names who were part of the jury.

Zee Yuva has been excelling in the social media space since its inception. Compared to its peers in the media and entertainment space, the numbers for the channel have been beyond impressive when it comes to the rate of fan base growth. In a short span of 8 months, it has created its mark and reached 3 Lac fans on Facebook, 1 Lac fans on Instagram and 5,000 fans on Twitter.  Despite the high growth rate in fan base Zee Yuva has constantly maintained highest engagement rate on Facebook, Instagram and Twitter. This has been only possible because, audience engagement has been one of the pillars that the Zee Yuva focuses on. To achieve this   level, the content strategy is adapted by mapping digital audience behavior and creating content customized as per the needs specific target group. Digital Marketing in Zee Yuva is treated as a critical medium to reach to revelent audience and not only as a support system for on-air content.

The channel is set to come up with new initiatives and content with a purpose to serve Maharashtra’s digital audiences and maintain its dominance in Digital space. 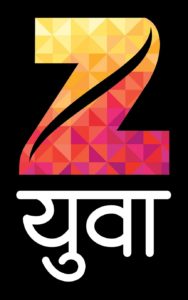