Viacom18 Motion Pictures &amp; Ajay Devgn’s ‘Aapla Manus’ has been making the headlines since itsannouncement making it the most anticipated Marathi film in 2018. With over 1.5 million views on the teaser, Satish Rajwade’s directorial venture starring Nana Patekar has successfully managed to grab theattention of its viewers. The makers launched the trailer of the film along with the entire cast, Nana Patekar, Sumeet Raghavan and Irawati Harshe at an event recently. 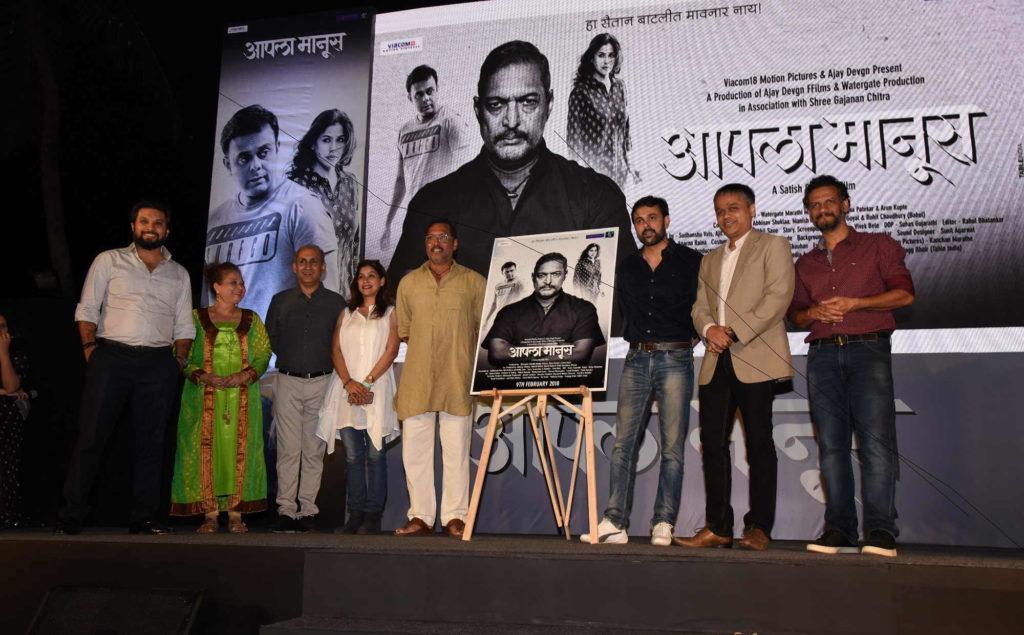 The trailer gives us a glimpse into the lives of a young urban couple Rahul and Bhakti Gokhale, played by Sumeet Raghavan and Irawati Harshe respectively and the complexity of the relationship with the father. The unexpected death of the father marks the entry of Senior Inspector, Maruti Nagargoje, played by Nana Patekar into their lives. Maruti Nagargoje turns their world upside down making them question their beliefs about life and family. 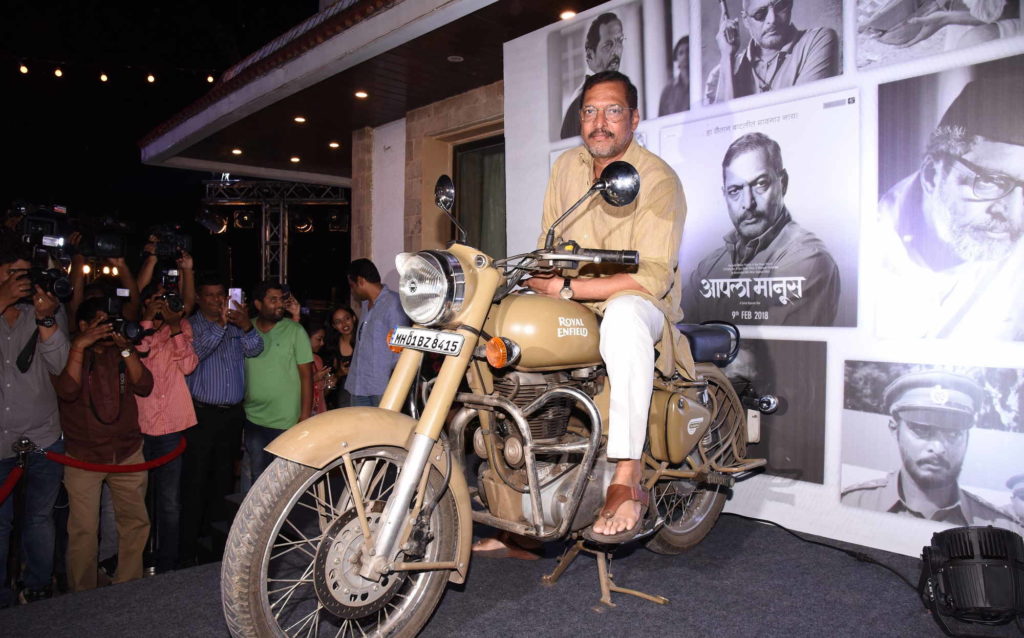 Ajit Andhare, COO, Viacom18 Motion Pictures says, “It gives me immense pleasure to present our first Marathi film of 2018, ‘Aapla Manus’, a film that reflects our ethos of providing path breaking and engaging content for our viewers. The film has a stellar cast from Nana Patekar to Sumeet Raghavan to Irawati Harshe, who have been guided by the very talented captain of the ship, Satish Rajwade. We could not have asked for better partners than Ajay Devgn Ffilms, Watergate Productions and Shhri Gajanan Chitra
on ‘Aapla Manus’. Nana Patekar said, “After Natasamrat, I was waiting for something special to come my way, a character that wouldn’t leave me even after the narration and with Maruti Nagargoje, I found him. He is a complex character, something that I have never played before in Marathi cinema. He is a man of few words, has a peculiar dialect and mannerism, a characteristic that makes him so unique.

” Nikhil Sane, Business Head – Viacom18 Motion Pictures Marathi and Colors Marathi, said, “In the last few years Marathi cinema has evolved in many ways, especially with its great ability to deal with diverse nature of stories reflecting our literary, social and cultural values. Most importantly, the response of Marathi audiences has been incredible which is clearly reflecting at the Box office. Here comes our film Aapla Manus which has strong storytelling and stellar performances which will connect with our discerning audiences. I am confident that it is going to be the biggest Marathi film post, a treat for the
Marathi audiences with none other than Nana Patekar as the protagonist.”