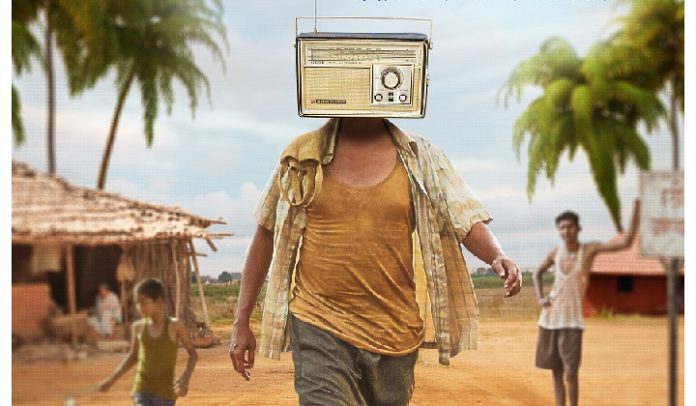 The much talked about Redu, an award-winning Marathi film, is coming soon to theatres near you. But one question that made many minds, including those in M-Town, curious was what is this ‘Redu’? Well-known actors like Priya Bapat, Rasika Sunil, Bhau Kadam, Amey Wagh, Sarang Sathye arrived at their own guesses that Redu may mean either ‘Reda[Buffalo]’ or ‘Redu Steadu, Go’ or even ‘Readymade Duplex’, or must be a ‘pet’s name’. Finally their query is resolved and we now know what ‘Redu’ actually means – the recently launched Teaser Poster ofRedu depicts the true meaning to be a ‘Radio’! The digital motion poster illustrates a man with a ‘Redu’ in place of his head. The typical static sound at the beginning takes us back to the 1970s and the local Malvani language announcement gives it flair and flavour. The poster itself promises the film to be a fun-filled package.

Presented by Vidhi Kasliwal’s Landmarc Films, Produced by Navalkishor Sarda of Naval Films, a Blink Motion Pictures Pvt Ltd Production, Redu is all set to release on May 18 all across Maharashtra.

The story revolves around Shashank Shende and his ‘Redu’ with a power packed supporting cast of Chhaya Kadam, Gauri Konge, Vinamra Bhabal and Mrunmayi Supal. This novel and refreshing story is Directed by debutant Sagar Chhaya Vanjari.

Enjoy this summer vacation with the breath-taking beauty of Konkan and the humorous adventure of our Redu!