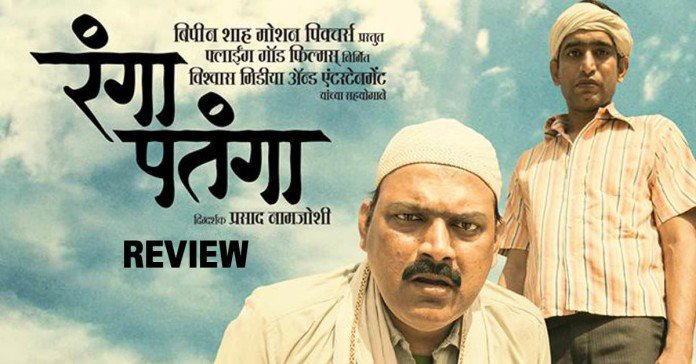 Rangaa Patangaa is a film of two different halves. Like so many films made in our country it suffers from the second half syndrome. The film promises a genuinely well-made film at the interval point, however, much of that promise is not lived up to by the film in the second half, especially with that contrived ending.

‘Mere Ranga-Patanga jhapadna mangta hain’, we hear a man saying these words to a police officer in the opening scene of the film. Visibly Muslim, the man has adopted a forlorn demeanor that the peasants of our society naturally adopt in front of a government authority. The police officer after casually making a few usual religiously bigoted 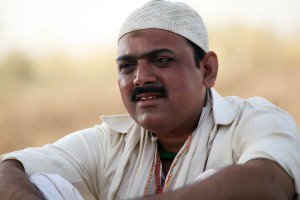 remarks throws the man named Jumman (Makarand Anaspure) out of his police station as he is aghast at the knowledge that Ranga-Patanga are not the peasant’s children but his two bulls. He also threatens ‘to make a bull out of him’ if he comes into the police station again with that sort of a complaint as he is already inundated with a lot of work. And with that the rest of the film follows Jumman on his search for his two bulls whom he has reared like his own children.

The first half raised my hopes quite high. In the recent past Marathi cinema has developed a reputation for coming up with a few gem of films every year. These gems tell a fresh, rooted tale and also many times push the envelope. Ranga-Patanga had all the making of such a film. The most notable thing about the film is the humour. Despite the plot not being rather upbeat, there are numerous humourous situations in the early half. All of them feel organic to the setting and they are certainly the high points of the screenplay. The humour here is gentle, quirky and slapstick, all at the same time and still that lingering sense of loss that Jumman feels is not lost on the viewer; such skillful direction is a rarity. 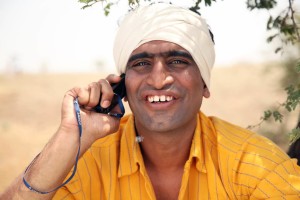 Then it is the earthiness of the film that works like a charm. It is set in the arid Vidarbha region of Maharashtra and the characters, the language they speak all come across as very authentic. The top quality of acting by the leads is also crucial to the humour and earthiness. Makarand Anaspure who is a star in his own right gives a display of how underused an actor he is. He underplays his part to great effect and is mighty successful in bringing out the turmoil in the mind of the childless farmer whose two bulls whom he has reared like his children have gone missing. Sandeep Pathak too shines in his role as his mischievous and street smart childhood friend, bringing just the right amount of humour into play.

Amol Gole’s evocative camerawork makes Vidarbha a character in itself here. For once, a marathi film manages to get its background score right and Kaushal Inamdar should be lauded for it and also the moving song in the film with some great lyrics. 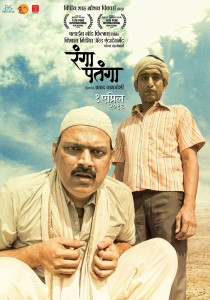 However, after the interval point it all starts taking somewhat of a dip. The film enters the Peepli Live territory of media exploiting the crisis in hand which is quite done to death by now, to be honest. The humour becomes typical, the acting by the supporting cast ordinary. The freshness that the film had in the first half starts to vanish as the screenplay covers grounds that has already been explored in other films. But, this detour into how the media reacts to the Jumman’s crisis doesn’t hurt the film as much as the finale, though.

The end of the film is quite contrived. I was left rather disappointed by the unconvincing and contrived ending as the film has so many things going for it. It seems as if the end has been purposefully concocted keeping the commercial interests in mind. The finale somewhat dampens what could have been a genuinely good film that one can praise without any reservations.

Well-acted, humourous and rooted Rangaa Patangaa has a promising first half. But the second half doesn’t live up to expectations and ends in a contrived and unconvincing manner spoiling what could have been a genuinely good film. It is still eminently watchable, though