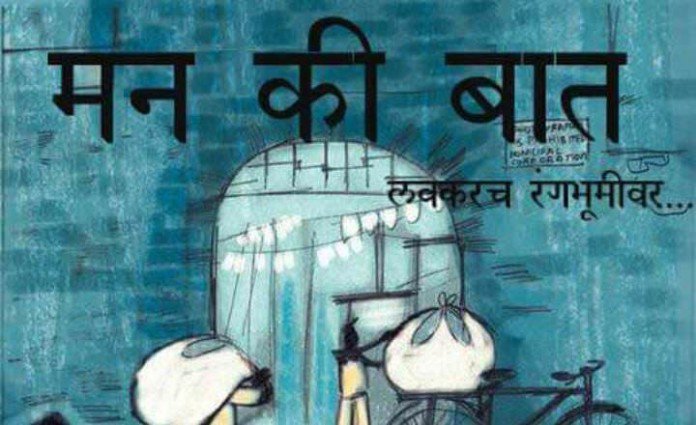 Mann Ki Baat – a new play written and directed by Prateek Kolhe is ready to debut on Marathi theatre. The play revolves around a modern-age couple and the husband’s insecurity about his wife’s character.

The play is produced by Santosh Kolhe and stars Akshay Shimpi, Ketaki Vilas, Poornanand, Namrata Sule, Jayesh Shevalkar, Anand Prabhu. The music has been given by Ritwik Gautami Shankar, and art direction is by Swapnil Takle. Choreography for various flk dances has been done by Siddhesh Dalvi.

This is a first play written by Prateek Kolhe. He is working in Colors Marathi as a non-fiction head and executes various ideas and producer of programs. He has completed degree course in theatre from Mumbai University.