The Marathi film ‘Khari Biscuit ‘which was 2019’s one of the most acclaimed and successful film on the box office has swept most awards in all the prestigious and leading Award events recently.’ Khari Biscuit’ which was released on 1st November 2019, has bagged five awards including Best film in City Cine Awards recently.

Deepak Pandurang Rane, who is considered as one of the most successful producers in Marathi cinema, has in past produced popular films like Duniyadari, Tu Hi Re, Pyaarwali Lovestory, Guru and Luckee.
After receiving accolades for his film Khari Biscuit, Producer Deepak Pandurang Rane says, “It’s an overwhelming feeling to receive this award. It’s a team effort which paid off. City Cine Awards is people’s choice award. So I’ll thank the audiences who loved this film and voted for us.” 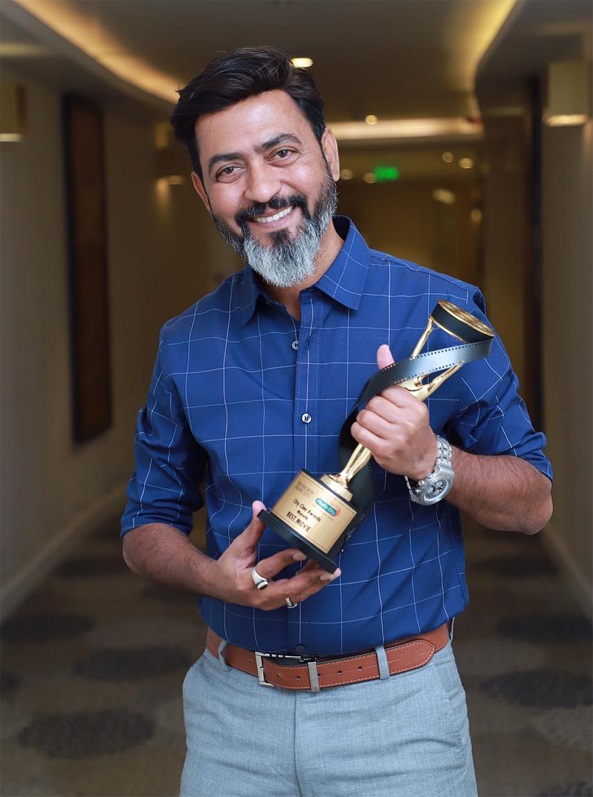 Film ‘Khari Biscuit’ got awarded in five categories and won the Best Director, screenplay, music composer, lyricist and best movie awards.
The film in past has received four awards in’ Maharashtra cha favorite Kon’ and five awards in ‘Sakal Premier Awards’.
As per the sources, film ‘Khari Biscuit’ have received the highest number of awards in all the recent Award functions.

While receiving accolades for the movie, Deepak Pandurang Rane says, “Khari Biscuit is seen making it’s mark at every awards ceremony in 2020. It’s definitely a proud moment for us I am very grateful to the Marathi audience for the response and love they have given to the film. Such awards create positive synergies at work. “