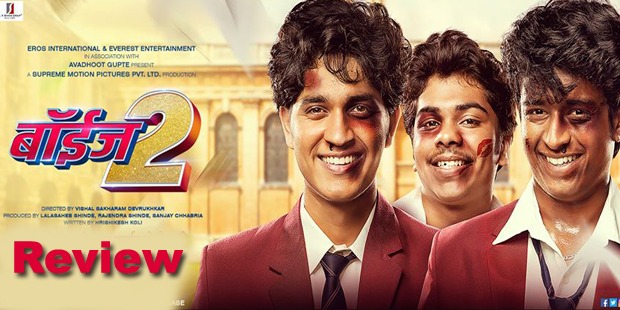 There was a prequel called ‘Boyz’ which hit the screens an year ago and went on to outgross every marathi film of that year. One might have been surprised that how could this kind of Double meaning or rather i would say an Adult Comedy received such a huge response which was last happened in Dada Kondake’s era if we remember. Boyz 2 follows the same formula of Boyz and certainly has the same repeat value if you like those kind of comedies.

Begining on a Hilarious note, Boyz 2 never loses it’s Tempo till the end. Keeping you engaged throughout with the Crunchy dialogues, Boyz 2 keeps the humour and interest alive. The Director has made this film with only 3 perceptions and that’s ‘Entertainment, Entertainment and Entertainment.’ You don’t get anything else but the amount of Entertainment is enough to worth your ticket purchase. No matter what the content is, no matter what the Script is, all are forgiven by the Immense laugh riots. 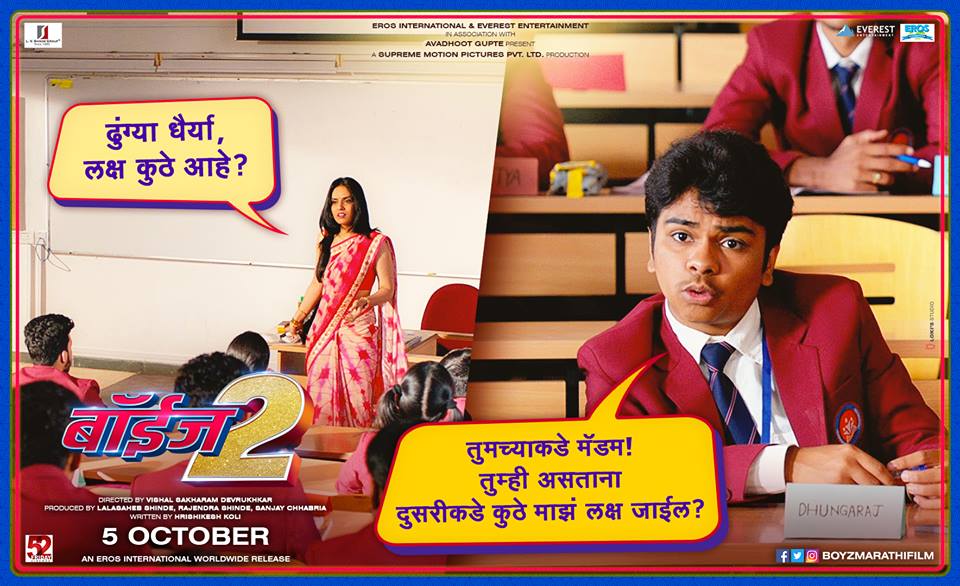 The Trio of Teenage boys have turned adults now, Parth Bhalerao (Dhungya), Prateek Lad (Dhairya) and Sumant Shinde (Kabir) has done same bindass job as they did in Boyz. In addition we have some hot girls around, Sayli Patil (Chitra), Pallavi Patil (Devika), Shubhangi Tambale (Swati) who adds glamour in this film. Music of Avdhoot Gupte and Background Score of Sunil Singh is foot-tapping and helps Screenplay at the crucial moments. The real hero of Boyz 2 is it’s Writer and Dialogue Writer which is luckily the same guy Hrishikesh Koli. He’s Responsible for all the PJs, Double Meaning Codes and Laugh riots, some of them are so deep that you get to understand them after a while and you are like, ‘What the hell….?’ OMG…’ ‘So freaking Hilarious…’ and you wish to watch those scenes on repeat mode. Director Vishal Devrukhkar knew the pulse of youth audience when he saw great response to Boyz so there was no chance of Disappointing them, and he doesn’t Disappoint his Audience. 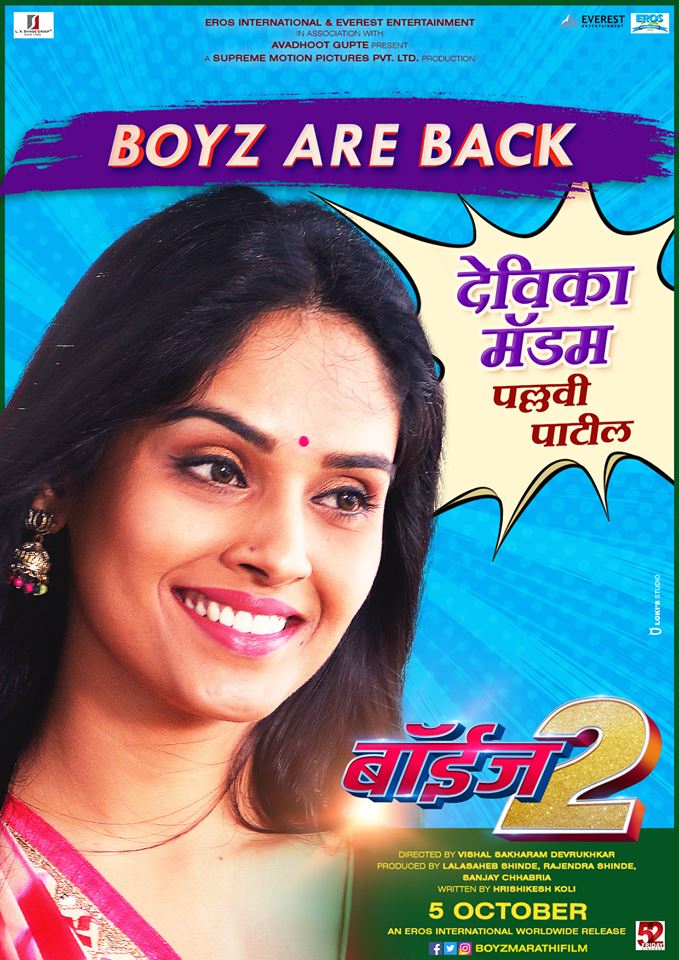 In a nutshell, Boyz 2 is a Complete Commercial Wiinner material which is made for the specific audience who loved it’s prequel. You may not get Content but you will be highly Entertained, that’s guaranteed. We wish them a Huge success and Hopefully Boyz 2 will receive the same or maybe higher success than Boyz 1…